Pastor Sean Janssen arrived to begin the call to serve Grace Lutheran Church in July 2021. Pastor Sean and his wife Vanessa are returnees to the shores of Admiralty Inlet after growing up on “the other side of the ferry” on Whidbey Island.

A fourth-generation descendant of German Lutheran immigrants to Hawai’i on his father’s side and the grandson of a Ballard-raised sometimes-Episcopalian with Scandinavian heritage on his mother’s, Lutheranism skipped a few generations in Pastor Sean’s family.

Born in Honolulu, Pastor Sean and his family relocated to Whidbey during his infancy. After attending Coupeville and South Whidbey schools, he entered the waters of baptism at Pullman Foursquare Church in April 2004 while a student at Washington State University.

Pastor Sean graduated WSU in 2005 with a B.A. in Communication (broadcast journalism emphasis) and minor in sports management. A first-career newspaper reporter, he went to work for the Kitsap News Group in Bremerton as a staff writer and later interim editor-in-chief. Other stints included The Herald (Puyallup) as sports editor, The News Tribune (Tacoma) as a contributing prep sports writer, The Union Democrat (Sonora, Calif.) as a staff writer with beats that included county government, prep football and environment/natural resources. He resumed his journalism career on a part-time seasonal basis as a side gig during first call, writing the fall and winter sports articles for The Big Sandy Mountaineer.

His first forays into public ministry included a weeklong mission trip with Lutheran Church of Christ the King in Tacoma to rebuild houses in Biloxi, Mississippi, damaged in Hurricane Katrina, and nine months in the Dominican Republic, primarily as an English teacher for primary and secondary schoolchildren in Santo Domingo, visiting Haiti to help deliver relief supplies following the 2010 earthquake there.

He received a Master of Divinity degree in August 2017 from Pacific Lutheran Theological Seminary of California Lutheran University, in Berkeley, and has served on the seminary advisory board since May 2020. Pastor Sean served Resurrection Lutheran Church in Oakland as a teaching parish student and Sierra Evangelical Lutheran Church in Sierra Vista, Arizona, as a pastoral intern. He completed his first unit of clinical pastoral education (CPE) at Alta Bates Summit Medical Center with campuses in Berkeley and Oakland. His internship included a part-time role as a chaplain at Canyon Vista Medical Center in Sierra Vista and Pastor Sean completed three more units of CPE as a chaplain resident at Banner-University Medical Center in Phoenix after finishing his M. Div. work.

Messiah Lutheran Church in Havre, Montana, and Christ Lutheran Church in Big Sandy, Montana called Sean to serve as their joint-parish pastor, with his ordination taking place in September 2018 at Trinity Lutheran Church in Freeland on Whidbey Island. Pastor Sean and Vanessa’s extended family continue to make Whidbey Island and nearby cities on the mainland home. As parents of three young children, they are looking forward to raising them in the Port Townsend community and schools.

Pastor Sean is a passionate sports fan, forever loyal to the Cougars, Seahawks, Mariners and Sounders and eagerly anticipating the release of the Kraken. He and Vanessa have enjoyed traveling to more than 30 countries and 20 states during their 20 years together. They plan to explore every nook and cranny of the Olympic Peninsula when given the chance and look forward to becoming an integral part to the spiritual growth of Grace Lutheran Church for many years to come. 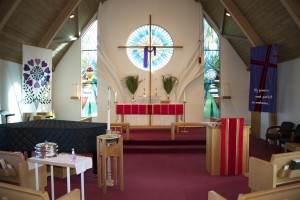 Adult Forum at 9:15AM
Worship with Holy Communion at 10:30AM

Don't miss out! Click Here to listen to all the latest messages online. 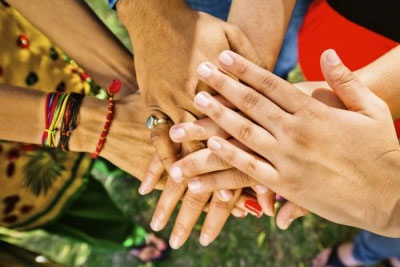 Caring for one another and serving our community and the world.

We are called to proclaim the Word and celebrate the sacraments. We gather in Christian community for nurture and support. We are sent out in service to others.